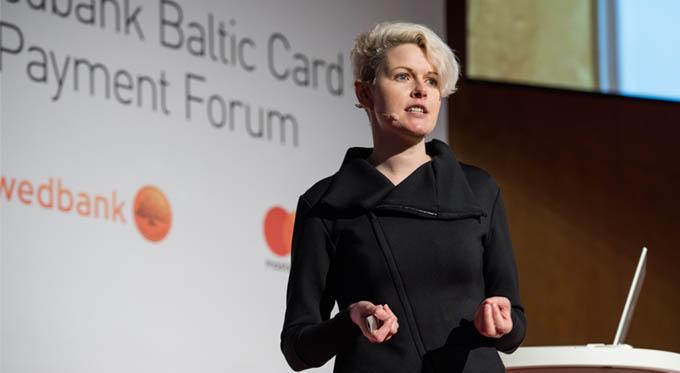 Cate Trotter is a vastly experienced and much sought after retail speaker, who delivers public and private presentations to global audiences. These range from intimate sessions with C-level executives to keynote addresses to thousands at leading industry events.

Cate was named one of LinkedIn’s 12 Top Voices in the UK for 2017 and is regularly quoted by publications such as Forbes. According to iQmetrix, she is one of the Top 20 Global Retail Influencers, and was listed at 26th place in Vend’s Top Retail Influencers list.

One of Cate’s great strengths is her ability to navigate an audience through complex subjects, which she boils down into a handful of resonant, powerful and memorable takeaways. Cate’s style is friendly, passionate and engaging. Her presentations are renowned for the way she makes great content and powerful insights the star of the show.

Cate launched two successful businesses in her twenties, leading to her being named a Future 100 and Startup 100 entrepreneur. This entrepreneurial background ensures Cate has great empathy with her audience and their challenges.

Cate Trotter speaks about the future of retail and the future of business. She has helped C-level executives from Chanel, Nike, Tesco, Hugo Boss, Carrefour, Johnson & Johnson, L’Oreal and more raise their game. She has 30,000 followers on LinkedIn and is regularly named one of the world’s most influential people in retail.

She regularly presents all over Europe and increasingly speaks further afield – in America, South America, India, South Africa and the Middle East. She’s challenged and informed exclusive CEO summits and delivered the opening keynote at conferences for 1200 people.

Cate creates bespoke content to fit each client’s brief. She works hard to ensure that audiences walk away with clear takeaways, a new point of view, and a sense of excitement.