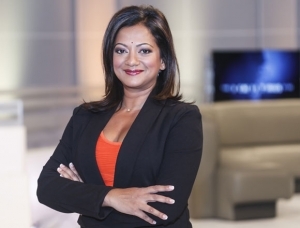 At the age of 21, Devi Sankaree Govender started her career in journalism. She landed a freelance job at the SABC, whilst completing a BA degree at the University of Natal in Durban.

After completing an Honours degree in Drama and Performance Studies, as well as a Higher Diploma in Education, she joined the education fraternity while still freelancing on radio.

Devi’s most memorable interview on radio was when she interviewed former President, Nelson Mandela in 1998.

Her television break came in 1996 when she was hired as a freelance continuity presenter for SABC 1’s Eastern Mosaic.

Whilst keeping her radio and television career on the boil, Devi joined the Sunday Times in 1998 as a weekly columnist.

One year later, she joined the Sunday Times as their Features Editor in Durban. Her weekly column is now in its tenth successful year.

In January 2002, Devi joined the Carte Blanche team. Her more memorable stories have included her interviews with:

Her passion for investigative stories has seen her work on many reports which went on to make the headlines. These include:

Devi’s penchant for ‘trouble’ also saw her being assaulted while working on a story about the ‘Gum Tree Gang’, a band of appliance repairmen in Durban.

She was also locked up in a garage on the South African Medical University’s campus.

In 2004, her work in print was taken a step further when she won the prestigious British Council scholarship for creative writing.

She is currently working on her novel.

After she completed her Post Graduate Diploma in Business Management and an MBA through the University of Natal, Devi Sankaree Govender added to her skills by moving into the media training environment – she coaches senior managers on media strategy, crisis communication and interview techniques.

In the past ten years of media training, Devi has a formidable list of clients.

Besides all of Devi’s achievements, she is inherently still a wife and a mother to two children, both under the age of 14.

Devi “really did just fall into speaking”. “ … I have to admit that I was always rather talkative while growing up” she says.

When we asked her what she likes most about professional speaking, she told us: “Touching base with people from diverse backgrounds”.

And what she doesn’t like about professional speaking: “getting mic’d up in draughty backstages!”

We also asked her how she thinks she has changed since she first started speaking: “I decided to stick to being me!” she says. “More natural and definitely more entertaining!”
How hard does Devi push herself? “Very hard!” she says.

What is the magic formula to success? “Hard work and never allowing the success to get to your head!” says Devi.

Devi believes that she has succeeded in a field where many have failed because she has “kept it real”.
The side of Devi that the public never sees: “People don’t realize how funny I actually am!” she says.
Devi is a TV series fanatic; especially for TV programs like ‘Game of Thrones’ & ‘Downton Abbey’.

Her hobbies include being a “voracious reader!”
She believes that she would be an attorney if she were to choose a different career path.
She catches up on sleep in her spare time!

What do you have no respect for? “Lies” says Devi.
Devi was an “extremely talkative and very inquisitive” kid: “I grew up in a strict Hindu home and attended Catholic school, so I suppose I must have been quite a challenge to the adults around me.”

What do you think about when you are alone in your car? “I go through my mental lists and am always planning that holiday which never seems to come!”

Devi’s celebrity crush is State Prosecutor, Gerrie Nel! “If he’s not considered a celebrity yet, then something is drastically wrong!” she says.

Devi Sankaree Govender gives the following advice to anybody interested in pursuing a career in the professional speaking industry:
“Find something unique about yourself and don’t take that uniqueness too seriously. 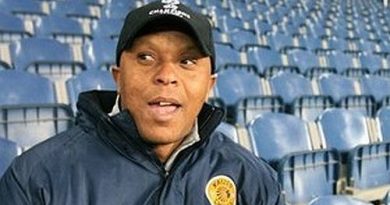 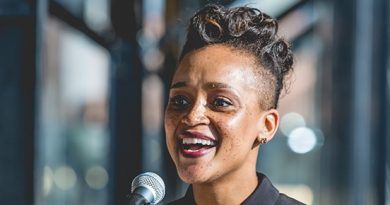 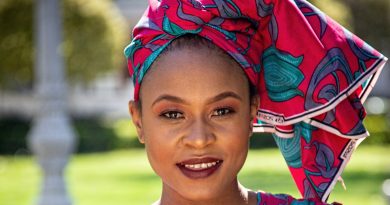