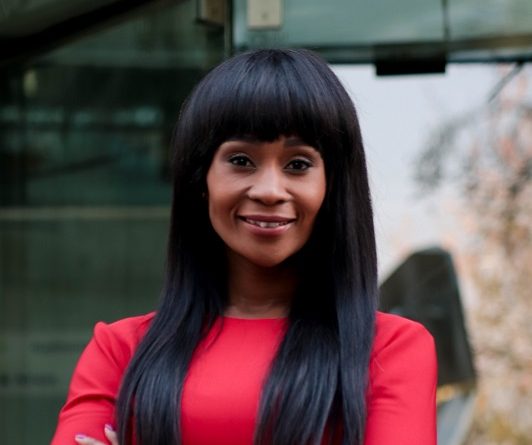 Fifi is a Financial Journalist who specialises in African markets. She is an anchor and content producer at CNBC Africa.

An economist at heart, Fifi obtained here BA Degree in Economics & Journalism from Rhodes University in 2010

She also holds certificates in Finance, Law and Media from the SA Institute of Financial Markets (SAIFM), the London School of Economics (LSE) and the Gordon Institute of Business Science (GIBS), respectively

Fifi has worked in some of the most reputable financial newsrooms in South Africa including the Business Day and Financial Mail.

As a conference facilitator and MC, Fifi has moderated discussions for government entities and private sector companies such as MTN, IT Web, CABRI, Phillips SA, S&P Global and has facilitated discussion at the World Economic Forum in Davos, Switzerland. She is currently studying towards a CFA Level 1 certificate.

Her journalism career began in 2011 after graduating from Rhodes University with a degree in Economics and Journalism.

She holds a Registered Persons Examination (RPE) from the SA Institute of Financial Markets and a certificate in Law and Politics from the London School of Economics.

Fifi has interviewed some of the world’s leading businessmen including African billionaires Patrice Motsepe, Christo Wiese as well as technology entrepreneur John Collison.

As an MC, Fifi Peters has moderated panels with businessmen and Ministers from across the African continent. She has also interviewed former Heads of State Goodluck Jonathan of Nigeria and former Tanzanian Prime Minister, Frederick Sumaye.

She has also worked as a writer for the Business Day and Financial Mail (BDFM) where she reported on the markets, economy and several sectors including manufacturing, construction, financial services, retail and banking.