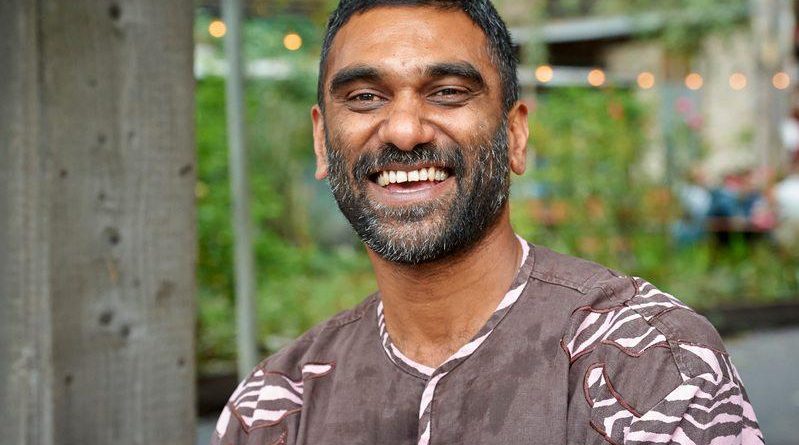 For over 40 years, Kumi Naidoo has been a voice amongst many for social, economic and environmental justice. From his humble township upbringing in KwaZulu Natal, South Africa, to his work as an anti-Apartheid activist, to his leadership of international NGOs, Kumi has remained rooted in Martin Luther King’s Creative Maladjustment principles – refusing to normalize inequality and devoting himself to exposing injustice.

Kumi’s journey into activism started at the age of 15, when he became an anti-apartheid activist. He was involved in neighbourhood organising, community youth work, and mass mobilizations against the apartheid regime. During the apartheid era, Kumi was arrested several times and was charged for violating provisions against mass mobilisation, and for violating the state of emergency.

This led him to having to go underground before finally deciding to live in exile, where he attended Oxford University as a Rhodes Scholar. Kumi remained in the United Kingdom until Nelson Mandela’s release from prison in 1990.

Upon his return to South Africa, he began working on the legalization of the African National Congress (ANC). During the democratic elections in 1994, Kumi was the official spokesperson of the Independent Electoral Commission and directed the training of all electoral staff in the country.

Kumi later became the Founding Executive Director of the South African National NGO Coalition (SANGOCO), an umbrella agency for the South African NGO community. Provoked by the fact that South Africa has one of the highest rates of violence against women, Kumi helped organize the National Men’s March Against Violence on Women and Children in 1997.

From 1998 to 2008, he was the Secretary General and Chief Executive Officer of CIVICUS: World Alliance for Citizen Participation, which is dedicated to strengthening citizen action and civil society throughout the world.

Kumi was also As the first head of Greenpeace from the Global South, an international environmentalist group, serving as its International Executive Director from 2009 to 2016.

After stepping down as Executive Director for Greenpeace International in 2015, Kumi served as the Launch Executive Director for the Pan-African civil society movement, Africans Rising for Justice, Peace and Dignity.
Founding Board Chair of the Global Call to Action Against Poverty (GCAP), Chair of the Global Campaign for Climate Action (GCCA), and Board member of Shared Interest and the Thembani International Guarantee Fund.

Kumi Naidoo is recognized internationally as a passionate advocate for human rights, gender equality, economic, social and environmental justice. In this next chapter of his activism journey, Kumi is dedicating himself to getting back to his ‘roots’, with a focus on contributing more to the growth of activism movements and organisations, academia, as well as paving the way forward for a new generation of activists.

I wanted to thank you for participating in the Climate Leadership panel and for the engaging, articulate and motivating contribution. I am deeply grateful to you for making it such a dynamic and challenging session. Nathan Argent, Oak Foundation (Director of Climate Programme)

There are very few individuals in the world like Kumi Naidoo, who are able to speak truth to power and yet in doing so, capable of building alliances and bridges between people of diverse backgrounds and opinions. Kumi is a trusted and inspirational voice fighting for social, economic and environmental justice. His ability to engage with others  through authentic story-telling and will leave audiences riveted and entertained. I have known him for years and I have always been impressed by his honesty, creative thinking and remarkable energy in all that he does- inspiring us to see beyond humanity’s greatest challenges and compelling us towards solutions and action. Princess Esmeralda of Belgium

Kumi is truly committed to helping the cause of developing countries in their fight to save the planet. He is a true ambassador for South Africa and his passion for education, poverty alleviation and saving the planet is what sets him apart. His tireless energy that he puts into the cause is an inspiration to me. From an Eco-entrepreneur that holds you high regard. Ajay Lalu, Entrepreneur & Strategist (Black Lite Consulting)