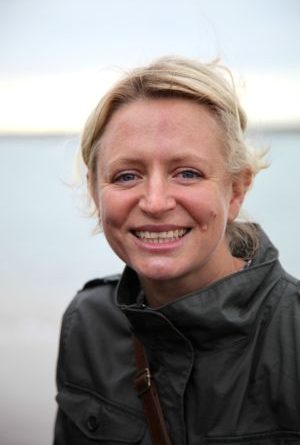 Vasti Geldenhuys – Motivational will make most people feel a bit uncomfortable in a court room, but for Vasti, it is a familiar territory.

After a seemingly innocent request from her boyfriend, well known and pioneering explorer Riaan Manser to take her to New York, she never imagined that she would exchange her legal surroundings for something very unfamiliar. The mighty Atlantic Ocean.

Vasti was born and raised in Ranbdfontein, a small mining town in Johannesburg. She left the comforts of her home for the ‘comforts’ of boarding school when she attended Afrikaans Hoer Meisies Skool in Pretoria, where she matriculated.

With dreams of becoming an advocate, she went on to study law at Stellenbosch University where she received her LLB degree in 2002.

Vasti completed her articles at a law firm in Strand, Cape Town and she stayed on as a litigation attorney. For the following 8 years, she specialised in criminal and civil litigation which included cases ranging from murder to defamation.

In 2013, she started her own law firm and she practised under her own name in Somerset West until life took an unexpected turn.

The ‘turn’ being the incredible, almost unbelievable world first of a 10 700 km ocean rowing adventure with her boyfriend of the past 14 years.

The journey was humorously, but aptly called ‘Take Me to New York’.

Alone and unaided, the duo set off from Agadir, Morocco, enduring a 105 day crossing of the Atlantic Ocean in a 7 meter rowing boat, landing in Miami in the U.S.A on the 7th of May 2014.

Setting off from Miami, they reached New York Harbour, a trying and dangerous one month later.

The couple ended their 4 and a half month journey to sea on the Hudson River, passing the iconic Statue of Liberty. A fitting finish line venue for an epic and inspiring adventure.

It’s a love story of two people truly putting everything, including their relationship, on the line to achieve something historic and unbelievable.

Hit by a 6 meter wave and capsized 200 km’s off shore, Riaan separated from the boat in the middle of the Atlantic Ocean – this is one of the many life-threatening situations that the couple had to face.

Storms and ship traffic provided for harrowing escapes from natural and human threats.

But, there were the quiet moments when the couple could reflect, savour the sunsets over the ocean, be intrigued by the wildlife, watch whales following the boat, dolphins whose curiosity was too much and who always swam alongside the boat to get a closer look; giant turtles with heads the size of soccer balls and small but spirited pilot fish who lived underneath the boat to keep the couple company.

Vasti proudly added the accolades of being the first of human beings to row from mainland Africa to mainland North America, as well as the first woman from the African continent to row any ocean on the planet.

If what she had accomplished was not enough, she headed back to South Africa, straight after her pupillage to complete her dream of becoming an advocate come true.

As of July 2015, Vasti can deservedly add the title of Advocate Geldenhuys to her growing status.

Vasti Geldenhuys – Motivational will intrigue her audiences with a unique woman’s perspective of the world of adventure; a world usually reserved for rugged and very brave men. Her talk will open the audience’s mind to the new possibilities in their lives.

It is not a motivational story, but rather one of inspiration.

Being inspired lasts longer than being motivated. Real stories of having gone out and actually done something extraordinary, is what inspires.